This past weekend, I was lucky to get a seat at the Daegu Dalgubeol Lantern Festival, which is a festival to celebrate Buddha’s birthday. I tried to get tickets last year, but it was too complicated and competitive for foreigners to individually purchase a ticket. This year, I got to attend thanks to BANGA Tours.

We got to the Duryu Park Baseball Stadium (두류공원야구장) at around 16:30 and received these wrist bands.

After going through some crowds and a baggage check, we walked to the center of the stadium where there was a section designated for foreigners. On the picture below, you can see the light blue rectangle labeled 외국인.

This pamphlet and the screen on the stage gave us instructions on how to decorate and put the lanterns in the sky. We were told to be in a four people team with one big lantern. One person for the camera, one person for lighting the lantern and two people for holding down the lantern until the air inside was thoroughly heated. We each got to write our wishes on one of the four sides of the lantern.

Because we had an hour or so until sunset, we built some small paper lanterns while munching on some snacks and chicken that was being sold outside the stadium. We just had to make sure to be back inside the stadium before 18:00.

At 19:00, we started writing our wishes on the lanterns. Although we were ready to go in a few minutes, we had to wait for several speeches and performances until the release of the lanterns. Some people got impatient with the delay in time and chilly weather and started putting the lanterns in the sky early.

I got scared at some parts because some people didn’t hold down their lantern long enough, and the lantern was hitting people instead of flying into the sky. Don’t make the same mistake if you ever fly a lantern into the sky! Be patient and hold the lantern down until it is fully heated with the fire.

The festival ended with a short firework show and we were back on the bus by 21:00. It was a long and exhausting day of traveling and waiting, but I’m glad that I got to experience it!

If you’re curious about what these lanterns look like in video, check out my video on YouTube. 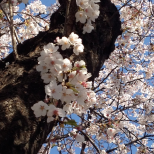 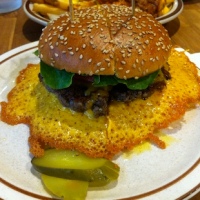 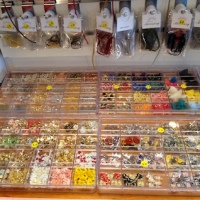